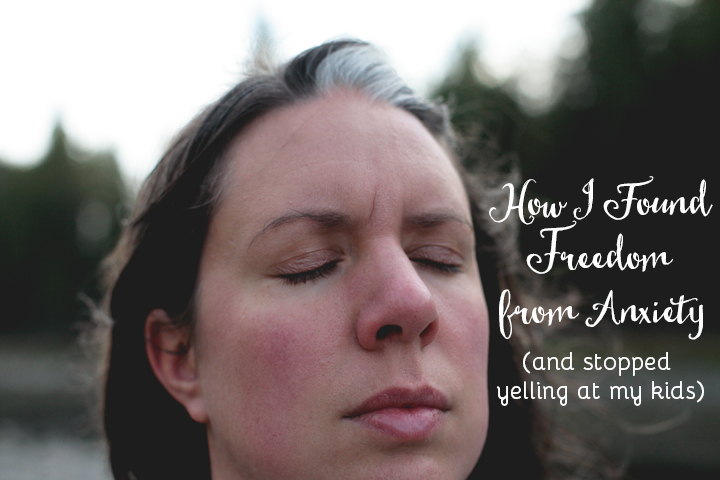 I have, a few times in my life, dealt with periods of terrible anxiety. For a while when I was a teenager, and then again in 2009. Both of those periods were triggered by the media and the church being hyped up about the end of the world (Y2K and the economic crash, respectively).

I don’t remember what pulled me out of it in 1999 (possibly it helped that 2000 came without incident), but I clearly remember my struggles in 2009. I assumed that it was a spiritual attack, and dealt with it accordingly. After all, God doesn’t want us to have a spirit of fear, or to be anxious about anything, so clearly this was from the enemy.
I want to be clear, that I don’t think I was wrong, I think that the enemy likes to kick us while we’re down. And I was down.
Being an INTJ, I realized that my anxiety was useless, and tried to logic myself out of it. I spent a lot of time inside my head trying to fix myself. It didn’t have much effect and inside my head wasn’t a very fun place to be. I read Waking the Dead by John Eldredge and it really helped. I recommend it to anyone dealing with issues of spiritual warfare.
I also went to one of my pastors and discussed it. She didn’t understand that what I was feeling went beyond being worried (probably because I was so outwardly calm), so she also, tried to reassure me with facts and scripture. She wasn’t very successful but she prayed over me before I left and God knew what I needed even if no one else did. Let’s say that Waking the Dead knocked my anxiety down by 50%, this meeting probably killed off another 40%. And that last lingering panic was shoved down as I decided to get pregnant with Ria. After all, bringing a child into the world is best done with a more positive outlook on things.

But then after I had Sunny, my second child, the anxiety was back. I was so frustrated.

When she was a baby she didn’t sleep. She was 14 months old before she slept more than 4 hours in a row. Ever. I was a zombie. A wreck. My silver streak in my hair turned pure white. And I was anxious again.

Once we started to get some sleep, my mental health improved dramatically (apparently sleep is good for you?). Problem solved.

It didn’t at any point occur to me that I might be battling depression. I wasn’t sad. I didn’t know that anxiety was a thing other people dealt with.

Because no one talked about it.

Fast forward to a year later. I was doing the THM eating plan and in a couple facebook groups for it and also on facebook group for herbal remedies. This book kept being suggested to people battling depression and anxiety. It was The Mood Cure by Julia Ross. I thought it sounded fascinating and ordered it (along with a stack of other books, I’m a book addict) from my library through the interlibrary loan program. I thought that I might pick up some tricks to help me out if the dreaded anxiety made a comeback.

There are four mood disorders covered in the book, and you start with a questionnaire to figure out which one you are dealing with (and it can easily be more than one). Each of the four false moods are caused by a dietary deficiency which can be made worse by lack of sleep, genetic tendencies, and lack of sunlight.

Here are the four false mood types (straight from the website)

The Dark Cloud of Depression

If you’re high in catecholamines – you’re energized, upbeat, and alert.

If your catecholamines have crashed – you’ll sink into a flat apathetic funk.

If you’re high in GABA – you’re relaxed and stress-free.

If there’s a gap in your GABA – you’ll be wired, stressed, and overwhelmed.

If you’re high in endorphins – you’re full of cozy feelings of comfort, pleasure, and euphoria.

If you’re near the end of your endorphins – you’ll be crying during commercials and overly sensitive to hurt.

Taking the questionnaire showed me that I was low in serotonin and possibly endorphins. Still. I was just reading this book for fun! I didn’t think I currently had a problem. But…

I was yelling at my kids.

Nearly every day. I dreaded their bedtime when we’d have to clean up and they would draaag around or completely ignore me and it would take an hour to get everything cleaned up. There were other stressful times of day, but for some reason 4-7 was killing me. The kids clinging to my ankles while I was cooking dinner. I was so cranky.

I had no idea, that this had any connection to my anxiety. They felt nothing alike. Now, my kids get a little hangry before supper and they really were terrible at cleaning their room, but still. There was no excuse for my short temper. I knew this. I was praying daily for patience. And I still yelled at my kids.

It should be noted that this was a year ago, during the shortest days of the year. And I’m in Canada, so they feel pretty short (dark before dinner short).

So, low serotonin causes you to be “negative, obsessive, worried” which showed up for me as an obsessive, paranoid fear of the world ending. “Irritable” = yelling at my kids. Annnd…

I had already made great strides by sleeping more (thanks to Sunny getting older/sleep trained), and eating a diet that was very close to the recommendations in the book (thanks to THM). Now I started on the amino acid that she recommends in the book: 5-HTP. The change was instantaneous. For real, I stopped yelling at my kids that day.

Now, it occurred to me that it could just be a placebo thing. But the change was permanent. I took 5-HTP for a few months until my serotonin levels were back to normal and then stopped when I no longer needed it.

I think about all the times I prayed for help. I prayed in the middle of the night to sleep better. I prayed for my anxiety to be taken away. I prayed for more patience. God didn’t answer my prayers in the moment like I wanted him to. But it wasn’t because he didn’t care.

He wanted to heal me properly. Not just in the bits and pieces I was asking for. Not just for a day or a night like I was pleading for. He wanted me to understand what was happening in my body so that I could find real healing and understand how to keep it from happening again.

Sometimes he says “wait”, because he knows there is something better for us.

So, it’s been a year now. I’ve found that I have to be careful of eating too much sugar or not enough protien, which leads to a grouchy, sleepless Hanna. I need to move a lot and feel the sun on my face every day. And as the days grow shorter and my temper has started fraying, I’ve started supplementing with 5-HTP again to get me through this period where my body has trouble creating enough serotonin on it’s own. I’ve learned a lot.

It’s not easy for me to write about this, it drudges up a lot of bad memories and moments that I’m not proud of. But I know how many people, especially women, especially moms, struggle with these issues. And they don’t even know it.

Because no one talks about it.

If you feel by 4 o’clock like you have run out of patience and you have nothing left to give your family, you may have literally used up all of your serotonin for the day. You’re not broken, you’re not a bad mom. You just have a nutritional deficiency. And you can be fixed.

My issue was serotonin (and that deficiency runs strongly in my family from what I can tell) but the dark cloud is only one of the four false moods, so if you suspect that something is off with your emotions, if you feel too much or hardly feel at all, if you are negative, anxious, or stressed and wired, please check out The Mood Cure.

It changed my life. And I want that for you.